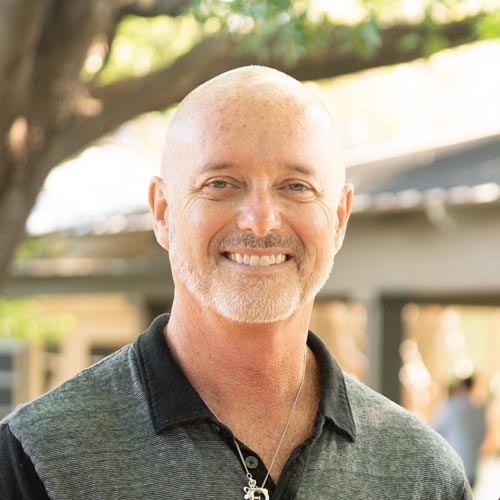 Dr. Bart Patzer, a 3rd generation upper cervical chiropractor, utilizes his 20 years of experience in family care, seeing patients of all ages, ranging from newborn babies  to 104 years of age. He has been practicing in Austin, TX for over 20 years. His grandfather and father before him practiced Upper Cervical Chiropractic in Texas, and Dr. Patzer has dedicated his love and passion for upper cervical chiropractic by continuing the legacy of his forefathers.

Dr. Patzer utilizes the Orthospinology procedure of x-ray analysis and gentle, specific upper cervical adjustments. He has cared for patients suffering from various conditions such as; trigeminal neuralgia, migraines, headaches, neck and back pain, fibromyalgia, neuropathy, tinnitus, carpal tunnel, and high blood pressure. Dr. Patzer’s focus is to guide his patients to optimal health by restoring proper communication between their nervous system and body.

Dr. Patzer has mentored numerous young chiropractors over the last 12 years providing guidance and leadership while teaching them the specific upper cervical technique known as “Orthospinology”.  It is important to Dr. Patzer that friends and family members within his practice are able to receive upper cervical chiropractic care, no matter where they may reside. Doctors that he has mentored have gone on to open practices in Dallas, San Antonio and San Angelo, TX.  His niece, Dr. Tasha Smith, became the 4th generation upper cervical chiropractor in the family and opened her practice in Lubbock, TX in 2012.

Dr. Patzer also continues to foster students of chiropractic speaking at various colleges and seminars throughout the US.  He demonstrates the art, science, and effectiveness of upper cervical chiropractic, speaking to various clubs and organizations outside of his practice.  Numerous students have chosen to provide their patients with one of the upper cervical techniques because of Dr. Patzer’s passion and enthusiasm for upper cervical care. Through his many speaking engagements, he has become one of the key leaders to bringing about the development of the art and science of Upper Cervical Care.

Dr. Patzer received his certification in 1995 in Chiropractic Sports and Spinal Trauma and in  1998 for Chiropractic Orthospinolgy Technique. He has taken NUCCA and Atlas Orthoganal seminars broadening his knowledge of the upper cervical spine as well as numerous Chiropractic Bio Physics technique courses to expand his ability to adjust the full spine. Though Dr. Patzer specializes in upper cervical care, he does work on the full spine as well as extremities.

Through his commitment to humanity and the profession, Dr. Patzer has been recognized nationally by fellow colleagues within the chiropractic profession. His first award was in 1992 where he was chosen by his college professors as “Intern of the Year”.  In 2003, 2004 and 2007 he was awarded “The Mertz Excellence Award” in recognition for his commitment to outstanding patient care and relentless pursuit in advancing the awareness and well-being of his community.  In 2011, he was presented “The BJ Palmer Award” for expanding the vision of Chiropractic from Upper Cervical Health Centers of America, where he served as a mentor to over 53 upper cervical chiropractic clinics throughout the US.  His most recent award was in 2014, where he was chosen by his alumni peers at Parker University as “Alumni Of the Year” for his commitment and dedication to the profession.

Dr. Patzer also sits on various boards to ensure that the profession is preserved in the manner upon which its principals were founded.  He is on the board of The Society of Orthospinology, The Alumni Board at Parker University and The Academy of Upper Cervical Chiropractic.  Dr. Patzer served as President and Vice President for The Travis County Chiropractic Association and was the Area Representative of Texas for The International Chiropractic Association.

Dr. Patzer has been married to his wife Kellye for 28 years. She has been instrumental in mentoring chiropractors and chiropractic assistants for the past 20 years, providing guidance and leadership in all aspects of their practices. She and Dr. Patzer met at under grad school at Angelo State University where she received her BA in Psychology and Business. Dr. Patzer and Kellye attend 8 to 10 seminars annually each year to extend their knowledge and growth of the chiropractic profession.