This is what our patients are saying about Austin Life Chiropractic 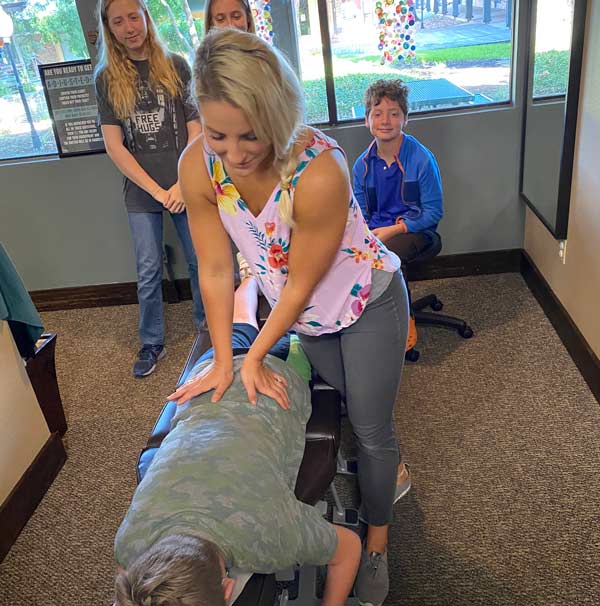 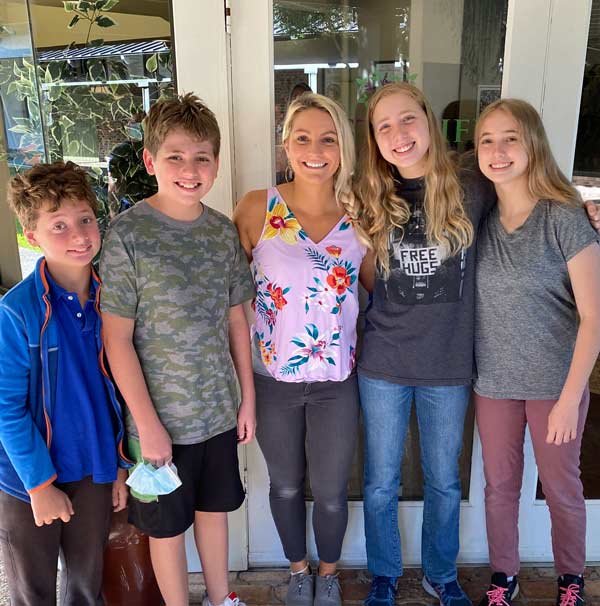 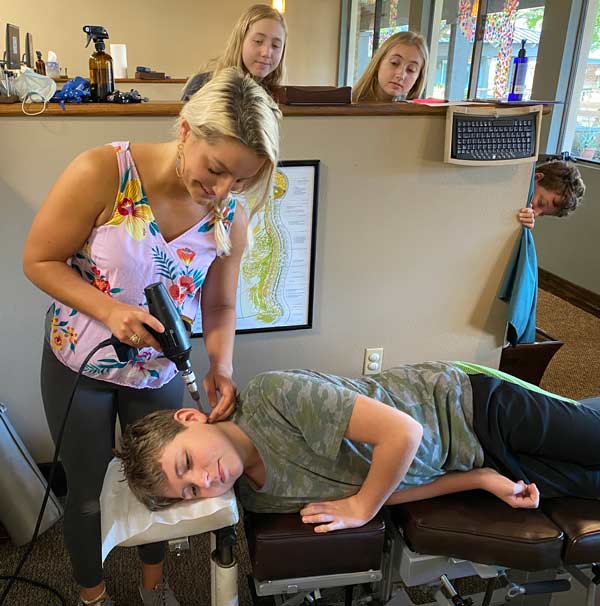 The Dye Family Gets Adjusted Regularly.

“My husband and I spent our single days very active, I never noticed any back pains until after giving birth to my first child. I was in such bad shape and my back was bent at almost a 90 degree angle! A friend told us about Dr. Patzer so we made an appointment. After the initial adjustment on my atlas, I was able to almost stand up straight. Two days later at the next appointment, I was able to stand up completely erect. After seeing my improvements, J.J. began getting adjustments. Sarah also began care at around 6 months old. Both Elizabeth and Zachariah received their first adjustments within 3 days of their birth. At 6, 4 and 2 years old, my children have only been sick a handful of times. Sarah is the only one that has ever had to go to the medical doctor, and she has only been once for pink eye. I am so happy with my and my family’s health at the hands of Dr. Patzer and team. They have always been very caring and willing to help us with whatever health questions or concerns we have had. They are
wonderful!”

“I brought my grandson Jonathan to Dr. Patzer because he had been tested back in 2011 as being ADD, and I noticed he had other issues going on such as lip smacking, right foot turned in, he was taking asthma medicine. Since he has been seeing Dr. Patzer, he has been retested and has no signs of being ADD, the lip smacking is gone, right foot is straight now, and he no longer needs to take asthma sprays.”

“Before coming to Dr. Patzer’s office, I was plagued by allergies. They were bothersome year round due to sensitivities that included dust mites, cedar, elm & oak. I needed to take Zyrtec daily, and that didn’t always keep the symptoms at bay. After getting adjusted for the first time in November, I started to notice that my symptoms were not as bad. Now I only need to take something on very bad days which is usually only once a month. I was very surprised to see this side effect of my chiropractic care, but one that I am extremely happy to have.”

“My son who was then 4 months old was not doing very well. He was spitting up constantly, he was only rolling over on one side and would not turn to his other side, he hadn’t pooped in 38 days and no matter how many specialists we saw and a trip to the ER no one could figure out why he was spitting up so much and why he hadn’t pooped in so long. He wasn’t constipated, he just wasn’t pooping.

My friend told me to take him to a chiropractor, I didn’t even know they adjusted little babies. So I brought him in and got him adjusted. It went so well and he loved it!!! That same day he rolled over to his right which he had never done! That night he popped after he hadn’t pooped for 38 days!!!!!!

I brought him back in a few more times and after the 2nd adjustment he stopped spitting up all the time, I mean he used to spit up after every feeding 5 to 10 times.

He is now doing amazing!!

I highly recommend taking your little one in. I mean it was literally a miracle. My little guy probably would have went to surgery to check what was wrong when all he needed was an adjustment!!!”

“Chiropractic care has increased my immune system. I work face to face with people every day (I’m a manicurist) and have not had a cold or flu for 5 years.”

Growing up in chiropractic care, I had been seen by chiropractors my entire life. Even with being adjusted, I was still experiencing chronic low back pain. It was not until I first saw Dr. Patzer that my pain went away. In addition to the pain I was also having low energy from the 11 hours of dialysis a week. After coming to Austin Life Chiropractic, I saw an immediate improvement in my sleep an energy levels, and I feel that I can do more things throughout the day. The doctors here have given me a better quality of life with upper cervical chiropractic.”

“Since coming to Dr. Patzer for treatment I have been able to sleep better. My aches and pains in my back that I have lived with for years have been greatly reduced. I have recommended people to Dr. Patzer and will continue in the future! The caring family atmosphere is the biggest factor in my coming here for treatment.”

“I have been coming to Patzer Family Chiropractic (now Austin Life Chiropractic) since the first of January, 2014. I really had never even given any thought to going to a chiropractor until a good friend encouraged me to give it a try. I have arthritis and sometimes had difficulty walking, especially a long distance, my balance was not good and my energy level was low. After having Dr. Patzer work with me these last 8 months I still have arthritis, but walking is much easier for me now. I have also noticed that my balance is better and I have much more energy. They have been such a blessing to me that their efforts and expertise have greatly improved the quality of my life. I pray that God will bless them with wisdom as they go about their daily practice of helping others.”